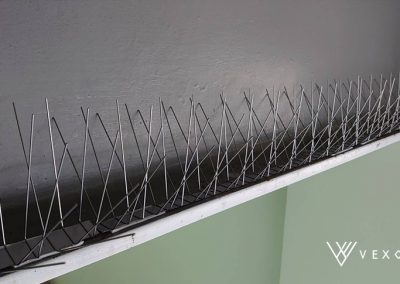 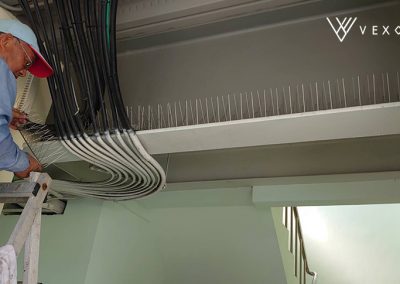 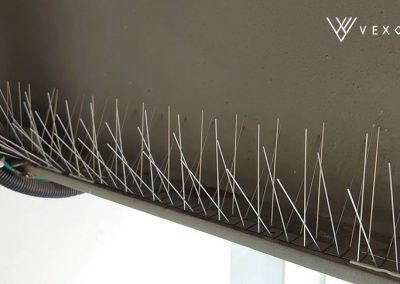 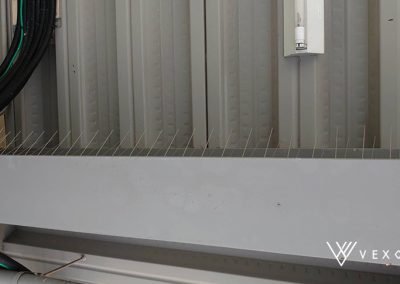 Residents in this apartment had complained about the mess sparrows were making and worried it would attract other pests into the building. Exposed structural I beams were an ideal perching and nesting platform for sparrows to nest. The facility manager was initially sceptical of the usefulness of bird spikes, so a small section was trialled in the most affected area of the building throughout the stairway.

After a two week period the facility manager was pleasantly surprised of the effectiveness of K6 spikes and proceeded to install on all exposed beams.